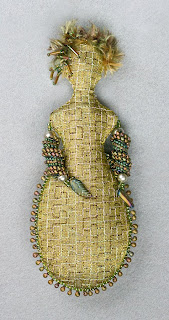 This is my first blog posting and my first post with the Bead Journal Project. I wanted to combine fabric techniques with beading and use a simple goddess shape. Took a while to settle on this one as I was originally planning to use a different shape.

I've finished March, April and May (January and February are still in the works). They all have far less beading than I'd originally planned but sometimes projects take on a mind of their own. The first time I attempted Cellini spiral, I reversed the order of the largest and smallest beads. Kept the sample, decided to use it for her arms and made another one to match.

I'm figuring out how to post and attach a photo so will just show March for now. If this works, April and May will follow. 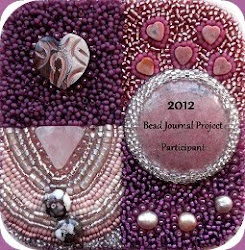 You may copy/paste the Logo to your blog/website.

Contributors to Blog # 1 With Blogs